That awkward moment when you find out that Karl Marx, the architect of modern equality, is a member of the Rothschild bloodline, the architects of modern international banking. 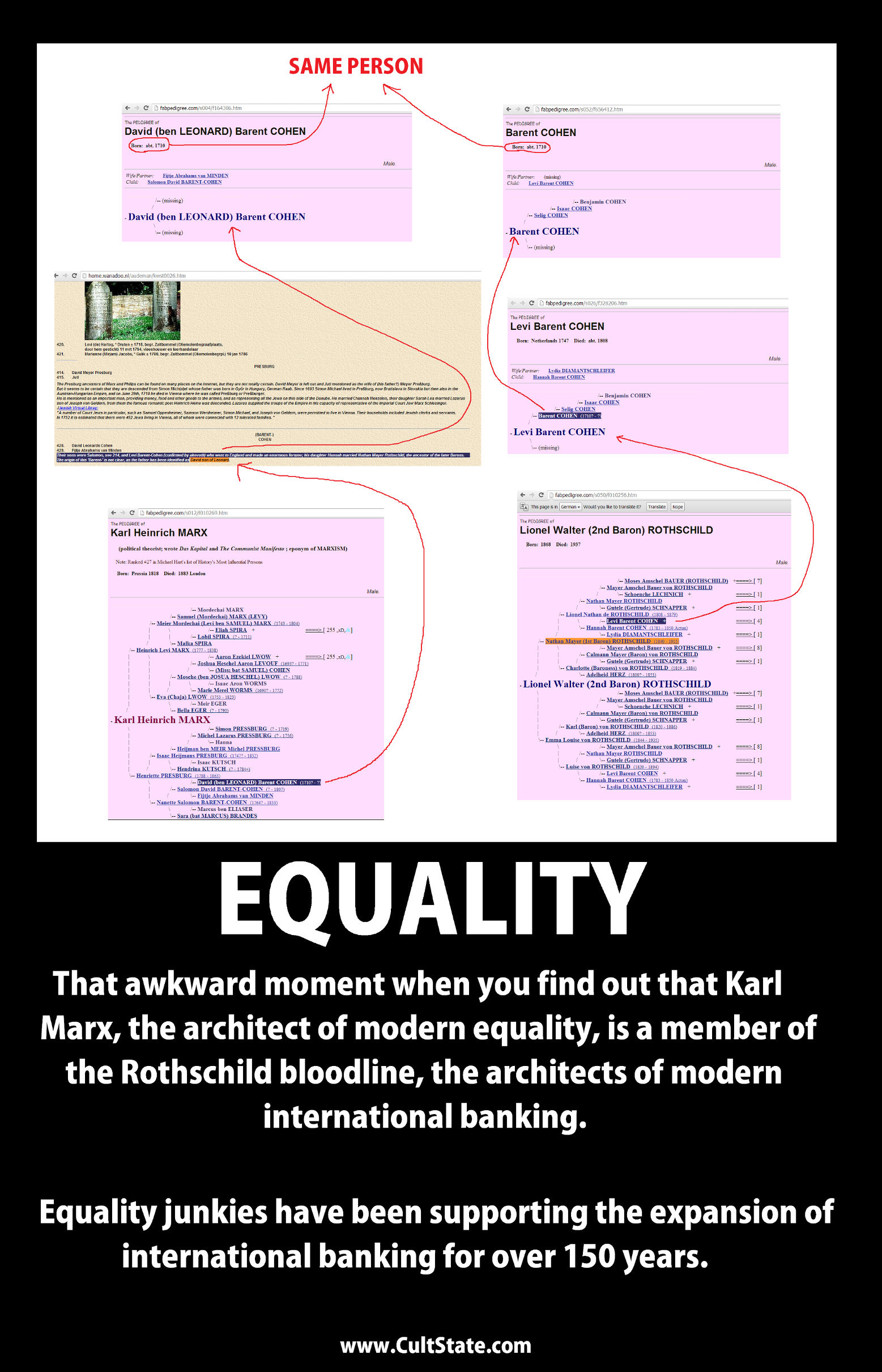 Redistribution of wealth means to confiscate the assets of the weakest of the upper class (who are not savvy enough to buy legal protections against or bypass government force) into the lower classes so that they can spend their new-found income stream on the elite who dominate price controls.

Multiculturalism is a religion that teaches us that pre-Industrial non-Europeans are happy to work fourteen hour days in monotonous factory jobs or hard manual labor to produce cheap access to the basic goods that prop up post-Industrial European societies.

Environmentalism is the religion that only the West is wise enough to wield the power of industrial growth and everyone else is too greedy or short-sighted to consume their own resources.

Equality is a conservative religion that declares human beings to be equally interchangeable widgets/processes within an industrial context. From this belief, creative efforts can be extracted from the human without having to acknowledge tribal impulses. The end result is that the powerless manage their creative potential in relation to the industrial context, resulting in minimal administrative effort for the elite.

Nationalized healthcare is the theory that subsidizing the poor with taxpayer money so they can afford insurance means that insurance companies won't try to use the poor as human shields when they raise rates arbitrarily to access more taxpayer money.