One should always know the history of any religion they believe they are a part of.

The Marxian concept of class consciousness started by trying to leverage the yields of the Industrial Age to bring about a material version of European Christian redemption. As it failed to fulfill its promises, the thunderous applause it commanded at the beginning of the 20th century mutated into a desperate and often clumsy cacophony of identity politics. As this game of minority musical chairs evolved, the band continuously played the siren song of an unattainable yet highly romantic idea of equality. Such intoxicating chords acted as a factory that manufactured new political identities on demand. The outcome is obvious: If every person believes that the unattainable equality can only be achieved by replacing social interaction with self-regulating echo chambers of identity, then all methods of communication will carry an additional volume of risk that cannot be offset. Manufacturing political identities, then, is the only way the elite can retain control in the Age of Information. 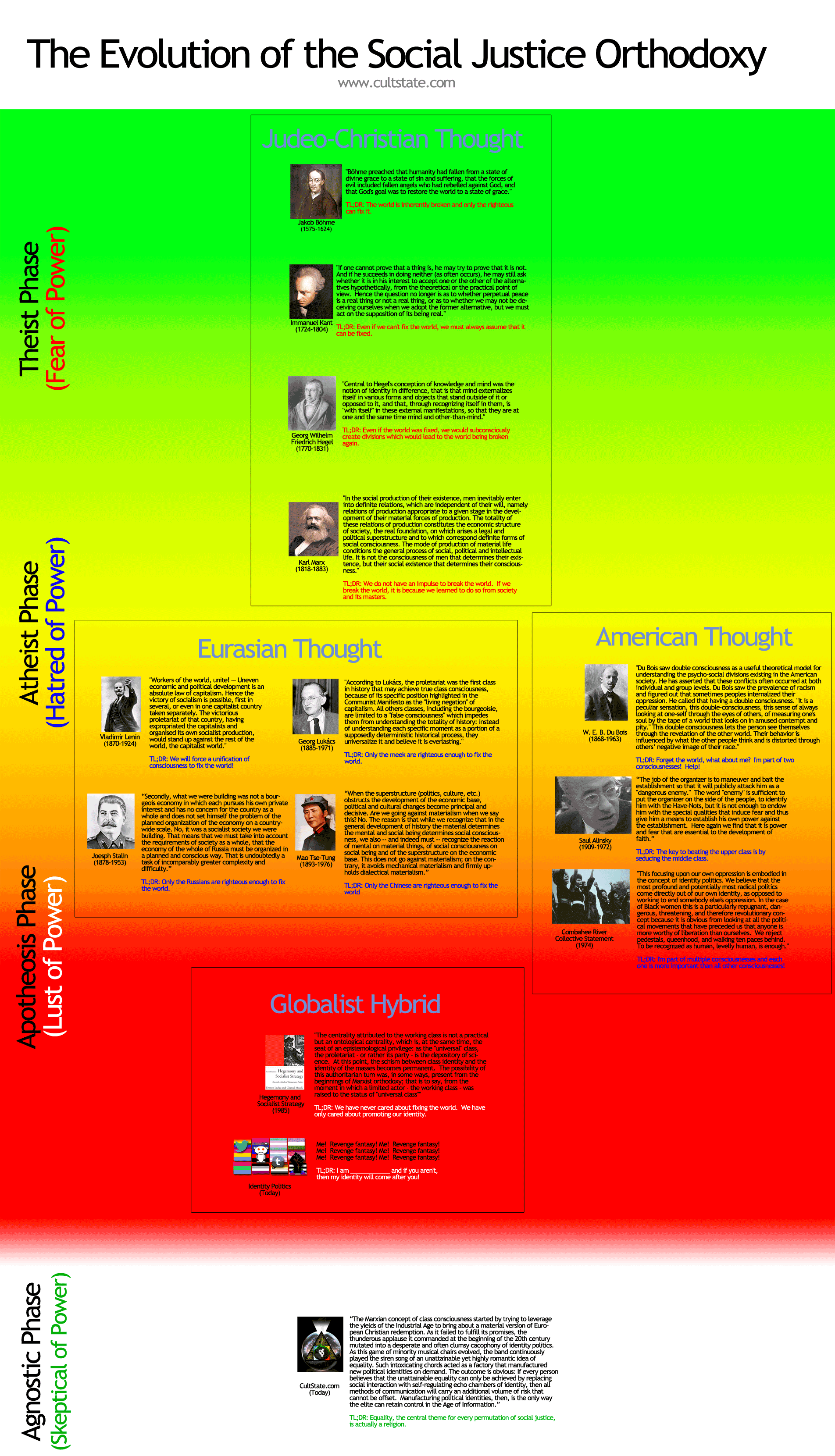 A gradient chart showing the evolution of social justice theory over time.[/caption]